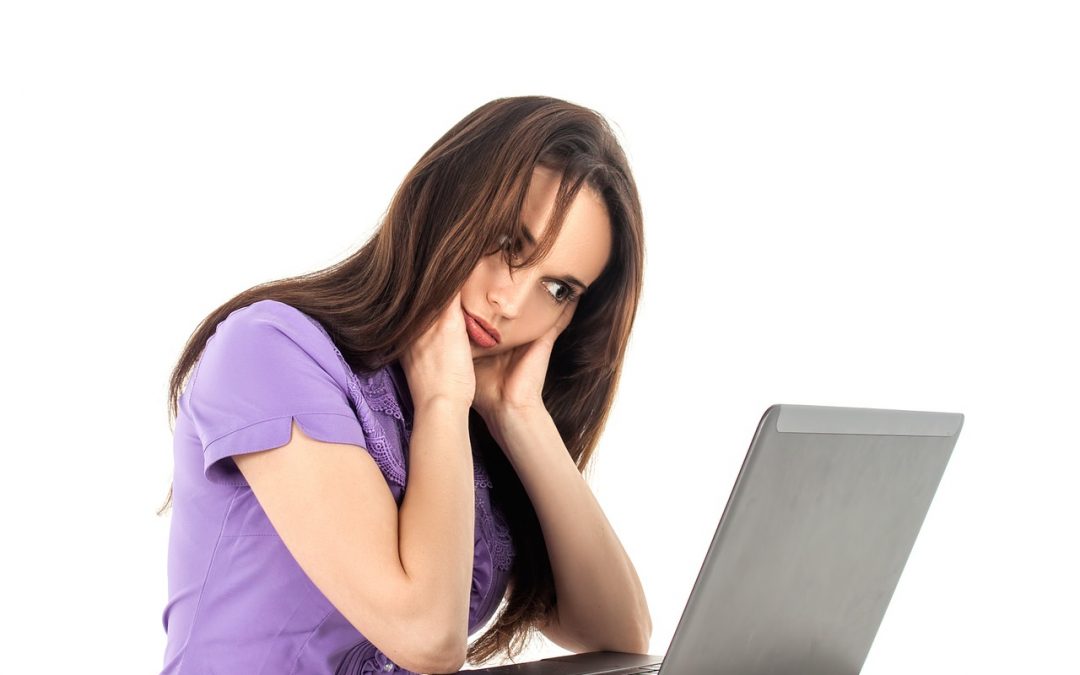 So what are SDD and HDD?
The traditional spinning hard drive is the basic nonvolatile storage on a computer. That is, information on it doesn’t “go away” when you turn off the system as is the case with data stored in RAM. An older technology hard drive is essentially a metal platter with a magnetic coating that stores your data, whether weather reports from the last century, a high-definition copy of the original Star Wars trilogy, or your digital music collection. A read/write head on an arm accesses the data while the platters are spinning. On the other hand SSD does functionally everything a hard drive does, but data is instead stored on interconnected flash memory chips that retain the data even when there’s no power present. Because in the case of SSD there are no moving parts the data gets written and read in a flash.  (this is how the term “flash drive” came about). For the typical computer user this technology speeds up computing anywhere from five to eight times.

Advantages and Disadvantages as per PC Mag:
Both SSDs and hard drives do the same job: They boot your system, and store your applications and personal files. But each type of storage has its own unique feature set. How do they differ, and why would you want to get one over the other?

Price: SSDs are more expensive than hard drives in terms of dollar per gigabyte. A 1TB internal 2.5-inch hard drive costs between $40 and $50. But as of this writing, an SSD of the same capacity and form factor starts at $250. That translates into 4 to 5 cents per gigabyte for the hard drive and 25 cents per gigabyte for the SSD. Since hard drives use older, more established technology, they will remain less expensive for the near future. Those extra hundreds for the SSD may push your system price over budget.
Maximum and Common Capacity: Although consumer-based SSD units top out at 4TB, those are still rare and expensive. You’re more likely to find 500GB to 1TB units as primary drives in systems. While 500GB is considered a “base” hard drive in 2017, pricing concerns can push that down to 128GB for lower-priced SSD-based systems. Multimedia users will require even more, with 1TB to 4TB drives common in high-end systems. Basically, the more storage capacity, the more stuff you can keep on your PC. Cloud-based (Internet) storage may be good for housing files you plan to share among your phone, tablet, and PC, but local storage is less expensive, and you only have to buy it once.
Speed: This is where SSDs shine. An SSD-equipped PC will boot in less than a minute, and often in just seconds. A hard drive requires time to speed up to operating specs, and will continue to be slower than an SSD during normal use. A PC or Mac with an SSD boots faster, launches and runs apps faster, and transfers files faster. Whether you’re using your computer for fun, school, or business, the extra speed may be the difference between finishing on time and failing.
Fragmentation: Because of their rotary recording surfaces, hard drives work best with larger files that are laid down in contiguous blocks. That way, the drive head can start and end its read in one continuous motion. When hard drives start to fill up, large files can become scattered around the disk platter, causing the drive to suffer from what’s called fragmentation. While read/write algorithms have improved to the point that the effect is minimized, hard drives can still become fragmented. SSDs can’t, however, because the lack of a physical read head means data can be stored anywhere. Thus, SSDs are inherently faster.
Durability: An SSD has no moving parts, so it is more likely to keep your data safe in the event you drop your laptop bag or your system is shaken about by an earthquake while it’s operating. Most hard drives park their read/write heads when the system is off, but they are flying over the drive platter at a distance of a few nanometers when they are in operation. Besides, even parking brakes have limits. If you’re rough on your equipment, an SSD is recommended.
Availability: Hard drives are more plentiful in budget and older systems, but SSDs are becoming more prevalent in recently released laptops. That said, the product lists from Western Digital, Toshiba, Seagate, Samsung, and Hitachi are still skewed in favor of hard drive models over SSDs. For PCs and Mac desktops, internal hard drives won’t be going away completely, at least for the next few years. SSD model lines are growing in number: Witness the number of thin laptops with 256 to 512GB SSDs installed in place of hard drives.
Reference:

It’s unclear whether SSDs will totally replace traditional spinning hard drives, especially with shared cloud storage waiting in the wings but one thing is for sure; the SSD technology makes a huge difference when it comes to speed of computing. The price of SSDs is coming down, but they’re still too expensive to totally replace the terabytes of data that some users have in their PCs and Macs. Cloud storage isn’t free either: You’ll continue to pay as long as you want personal storage on the Internet. Local storage won’t go away until we have ubiquitous wireless internet everywhere, including in planes and out in the wilderness. Of course, by that time, there may be something better. 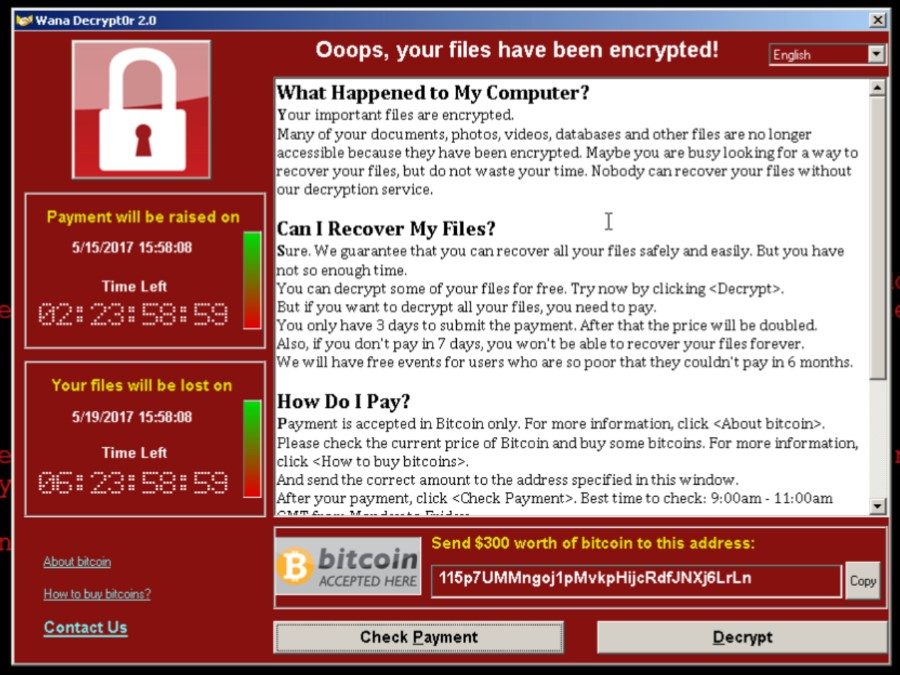 Important information for you regarding the Wannacry Ransomware you have been hearing about.

To my clients, friends and associates,

As you know I don’t often send out group emails to scare anyone. But what has occurred last week has alerted me that as a service provider I feel obligated to inform you and clarify what was in the news.on May 12th 2017, as you have probably heard, a very destructive version of Ransom-Ware surfaced worldwide by the name of Wanna-cry. This Malware targets the most valuable asset we all have in our computer’s storage which is our very precious data. It is believed to encrypt one’s data on the main storage areas of the computer so the data is locked and is not accessible. It is believed to travel through email systems but it is possible that it also infiltrates through the web protocols also as well. It has been showing up mostly in large networks rather then the smaller outfits or individual users. But that doesn’t mean it won’t. The last generation of Wanna-Cry showed up on May 17th “Ransom Wannacry!gen3” and following it a series of additional Ransom-Ware popped up on the Cyber Space. Once that happens you get the “ransome note” (hence the name) and must pay them heavily to be able to retrieve your data. This type of Malware is here to stay and we need to protect our computers from it.

The image shown is what it looks like. When the Wanna-cry showed up it seemed to exploit a Microsoft service ” 1.0 (SMBv1)” on Windows Operating Systems. Microsoft introduced versions of patchessince March 2017 to remedy the threat.

Technically speaking when the original one showed up it seemed to exploit a service ”Microsoft Server Message Block 1.0 (SMBv1) server” on Windows Operating Systems. Microsoft introduced versions of patches since March 2017 to remedy this type of vulnerability. You have to make sure all Microsoft updates are applied on your workstation. Anti Virus agents and Malware protection software agents might or might not catch it before it attempts to get in to service/application “SMBv1”.

If you aren’t sure which back-up you have, how to install the patch, or just feel insecure regarding your protection please respond to this email and let me know. If you know you don’t have proper back-up, TruBambu has a competent and very affordable annual back-up and protection bundle for you. It takes minutes to install and can save you hours of time and hundreds, maybe even thousands of dollars should you be compromised.

You have Successfully Subscribed!